Sudan Revolution: Iron and Fire ... Documentary from the BBC for "Events of the Sudanese Revolution"

Six months ago, the Sudanese people revolted against the 30-year-old dictatorship of Omar al-Bashir. My film "Sudan: Iron and Fire" tells the story of what happened after the fall of Bashir.

Khartoum was full of hope when it arrived. Protesters demand the army hand over power. There is a festive atmosphere, and the air is full of music. They sent the soldiers to break the sit-in but the protesters showed consistency. I have only ten days in the country. I need an article that tells the story of the revolution. My plan is mainly the coverage of the Voice of the Sudanese Revolution, which started earlier this year and became the voice of the demonstrators. Until I met the doctor "Nemarik". She is a doctor, she is also a demonstrator but her parents do not know it. When I discovered it was from Atbara I realized it was the main character I was looking for. I said to myself: "It would be a great story if we could travel to Atbara and meet her family." Atbara is known as the cradle of the revolution. From which the wave of demonstrations began in December and lasted until it overthrew Bashir in April.

Things do not go smoothly. Working in the capital is much easier than in the provinces. The government will not allow us to shoot a film in Atbara. You must obtain a local permit. How exciting it is to be the only Western press team in the region, but a dangerous one. 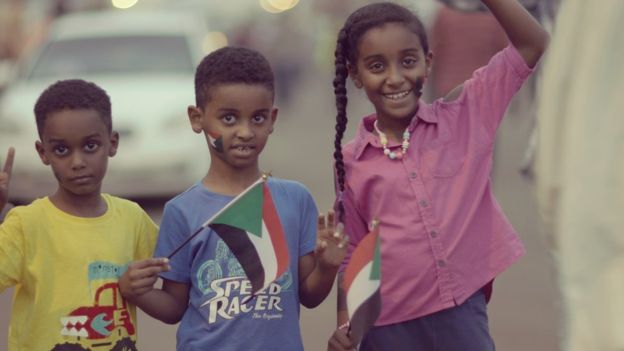 Atbara lies 350 km northeast of Khartoum. In order to avoid the main road and the checkpoints, it takes us eight hours to travel. We have taken other precautionary measures that are not prudent to disclose. Let's just say that journalists who venture outside the capital Khartoum must be cautious. The family is full of generosity and hospitality, a lot of locals. This is the first time people here see Western journalists with a camera. But I felt the danger in the hospital. A demonstrator who had lost his brother in the demonstrations asked me to shoot a film there, and it was because we went and started filming. Two policemen emerged, one of whom grabbed me. This incident took place just a few minutes before I spoke to Nemarik. I told her that there was no way for the country to return to bloodshed. Now I realize I was wrong. Here I see how violence is pervasive and how police and the military make it easy for violence. I was fortunate that the demonstrators helped me out of the impasse. The most difficult moment was intercepted through the film was a scene in which we were participating in a market demonstration. She had not told her family yet that she was participating in the demonstrations. Suddenly, without her knowledge, her father came and saw her.
at July 11, 2019