Tehran: After dropping the plane asked us to Washington not respond to a limited blow for us to save face 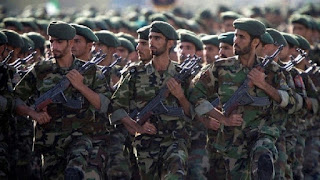 The chairman of the Civil Defense Organization in the Iranian Revolutionary Guards, Gholam Reza Jalali, that Washington has sent letters to Tehran after the overthrow of the plane in which the march said it would respond limited strike to save face.
He added that the United States and through diplomatic channels, unspecified, sent letters to Tehran that it would respond in a limited strike area in which she is not of great importance so as to save face, a student from Iran not to respond to the strike.

Jalali said that Tehran has confirmed in its response to any strike viewed by a declaration of war and will respond, and added: "We told them that we will determine from the battlefield, and if you start the war we will be to announce an end."

Iran dropped the end of last month, the march of a plane belonging to the US Army missile surface to air over the Strait of Hormuz.
at July 08, 2019