Trump: I am trying not to war, but if it occurred would cause destruction Mahaka not seen by Iranian leaders

US President Donald Trump said he does not want war with Iran, but warned that it would face "erasure" if a conflict broke out between the two countries. 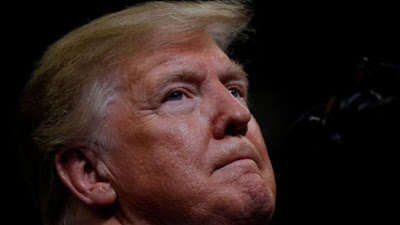 Trump said in an interview Friday night with NBC of America said that the United States is ready to hold talks but will not allow Iran to develop nuclear weapons.

"I do not seek war that occurred would be erased not seen never before. But I am not trying to do that."

This came in the context of Trump's comments on questions about the reasons for canceling a military strike targeting Iranian military positions at dawn on Friday in response to a US plane dropped Tehran poll said it violated its airspace.

Trump said he canceled the operation because the response in this way to bring down the plane would have led to a disproportionate loss of life is estimated at 150 people.

Britain announced the dispatch of its minister for the Middle East to Tehran "to express concern about Iran's behavior in the region."
Iran shot down the American plane, a Global Hawk and keep track of the Navy on Thursday morning, noting that the surface to air missile shot down over its territory while Washington said that it happened over international waters in the Strait of Hormuz.

In his interview with NBC, Trump said, addressing Iranian leaders "can not acquire nuclear weapons. If you want to talk about this, the same is a good thing, otherwise you will live in a devastating economy for a long time to come."

The reporter pointed out that the network NBC, Chuck Todd, after the interview that Trump confirmed that he does not have any preconditions for negotiations with Iran and that he wants to talk with Iranian President Hassan Rowhani or Supreme Leader Ali Khamenei.

Britain Sunday and send its minister for the Middle East to Tehran "to hold high-level talks with the Iranian government."

It will be a short visit, during which he calls Andrew Morrison to the cessation of escalation urgently in the region, according to a statement of the British Foreign Affairs.

The statement said that Britain "in an existing diplomatic dialogue with Iran," the minister will express "the British and international Iran's behavior in the region concerned and threatened to stop compliance with the nuclear agreement that Britain remains committed to its full commitment." 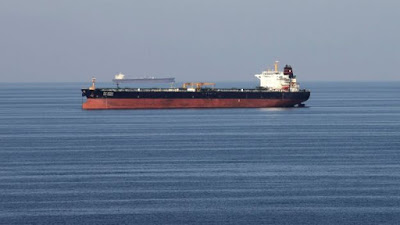 The crisis has caused the recent rise in oil prices above $ 65 a barrel in trading on Friday due to concerns about the possibility of closing the Strait of Hormuz and the disruption of oil exports from the Gulf.

The White House said that Trump phone Saudi Crown Prince Mohammed bin Salman on the situation in the Middle East and the oil market after causing tension with Iran in increasing prices.

Said Hogan Geddle, spokesman for the White House in a statement: "The two leaders discussed the vital role of Saudi Arabia in ensuring stability in the Middle East, and the global oil market as well as the threat posed by the escalating behavior of the Iranian regime."

Sources in the window of the White House explained that the national security adviser, John Bolton, and Foreign Minister Mike Pompeo as well as director of the Central Intelligence Agency (CIA) Gina Haspl were the most prominent supporters of the implementation of the retaliatory strike from Iran, but Trump canceled at the last minute.

In the meantime, US military sources said that Washington is preparing to withdraw four hundred people from the elements of my company Lockheed Martin Salaibort Global from a military base in the north of the Iraqi capital of Baghdad because of the potential security risks after exposure three military bases where US troops are stationed to attacks over the past week.
at July 05, 2019