What do we know about the Russian missile crisis between Turkey and the United States? 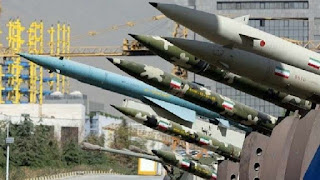 The Turkish Defense Ministry announced on Friday that it had received the first equipment for a batch of the S-400 Russian air defense system, despite repeated threats by Washington to Ankara not to possess such an anti-aircraft defense system and warn the North Atlantic Treaty Organization Defense system.

The ministry said in a statement issued Friday that "the first shipment of equipment S-400 air defense system began on July 12 at the base of the airborne in Ankara."

Turkish Foreign Minister Mouloud Gawishoglu said in remarks broadcast by the British Broadcasting Corporation (BBC) that the process of receiving the Russian missile system "S-400" is proceeding as planned.

The Turkish President Recep Tayyip Erdogan has indicated that the defense system will be deployed in the most dangerous areas, and that the decision on this subject to the Ministry of Defense and the Chief of Staff in Turkey. The deal between Ankara and Moscow was signed in 2017. The contract signed between the two governments provides for the delivery of four S-400 batteries for $ 2.5 billion. Turkey will pay part of the value of the deal itself and the other part will be paid under a Russian loan. The operational range of the missiles is 250 miles (402 kilometers) and is capable of intercepting air targets - planes, drones, or even ballistic missiles at altitudes of up to 30,000 feet, CNN reported.

military training
The Russian ITAR-TASS news agency reported Friday that a new batch of Turkish soldiers would arrive in Russia to train how to operate the S-400 missile defense system. "In May and June, about 20 Turkish soldiers received training at a Russian training center and returned to their motherland by the end of studies," the agency quoted a military-diplomatic source as saying. "In July-August, 80 more soldiers from Turkey will come to the training center This will train them to run and use the S-400. "

What is the position of the United States?

The United States has strongly opposed Turkey's purchase of the S-400 system, arguing that Russian regimes are in conflict with NATO regulations that include Turkey. Washington also sees a real danger that Russian operators who will train the Turkish military on the S-400 system will be able to uncover the technological secrets of the new US F-35, which Ankara wants to buy as well. Washington gave Ankara a deadline in early June, due to end at the end of this month, to choose between the Russian system or US fighter jets. "Turkey will face real and negative consequences if it accepts the S-400 system," State Department spokesman Morgan Ortagos said. Erdogan, however, said after meeting with his Turkish counterpart Donald Trump last June that he was not afraid of his country being penalized for buying S-400 missiles. Turkey confirmed last Wednesday that threats by the United States over the purchase of Russian missiles would damage bilateral relations.

What is NATO's position?

An unidentified NATO official warned of dire consequences for Turkey's purchase of Russia's S-400 air-to-air air defense system, saying: "It is up to the allies to decide on the nature of the military equipment they will be buying. Of the decision of Turkey to buy the system "S-400" The official added: "The joint action of our armed forces is essential for NATO to conduct our operation and our tasks," while welcoming Turkey's work with other allies on the development of long-range air and missile defense systems.
at July 13, 2019